Winter storms, power outages and high fuel oil prices may have you looking for an alternative heating method for your home. A popular choice is vent-free propane heaters. Although propane is a very safe heating fuel, there are things you should know before installing an unvented fireplace or heater in your home.

There Is No 100% Clean Burning Fuel

Any carbon fuel you burn emits byproducts, and these heaters are no exception. While ventless propane heaters claim they are over 99 percent efficient, they are talking about how the flame burns, not how much of the heat is available. Almost 10 percent of the energy produced comes from the burning of hydrogen, which produces water vapor. When you count the energy expended keeping the water vapor from condensing, the true maximum efficiency drops to just over 90 percent.

Pollutants Released Into the Air

When gas burns, the combustion produces byproducts including

By far, the biggest concern is the carbon monoxide (CO) produced. Carbon monoxide is a toxic gas that is colorless, odorless tasteless and non-irritating. In short, you'll never know it's there, and in sufficient quantities, it can kill you. Even small concentrations can make you sick. Unvented propane heater manufacturers claim that their Oxygen Depletion Sensors shut off the heaters if the CO levels get too high, but they don't always work properly, so CO poisoning is still a major concern.

In fact, users with carbon monoxide detectors have had reported consistent CO levels above the danger level of 10, which is backed up by testing from fire departments and gas companies. There have been many reports of illness produced by CO poisoning while using ventless units, especially in small children.

Unvented gas heaters can produce about one-third of a gallon of water per hour, which equals 7 gallons per 24 continuous hours of operation. The high humidity can infiltrate window frames, concrete slabs, sheetrock and other surfaces. Not only can it cause rot, but mold can grow which can cause illness in those with allergies or asthma.

What the Pros Say

Some professional gas heater and fireplace retailers are now refusing to install vent-free units. Some claim they are frequently uninstalling and replacing them due to issues such as a bad smell, water running down windows and walls, headaches and other illnesses, mold and mildew, and soot. The American Gas Association Research Division recommends using unvented propane heaters for less than 4 hours a day, so they really aren't suitable as a backup for power outages and storms.

It is always better to be safe than sorry when it comes to your family and your home. While propane is a safe, clean burning fuel, it does need to be vented to ensure safety from buildup of dangerous gases. Talk to a propane delivery service in your area about vented propane backup heat for your home. 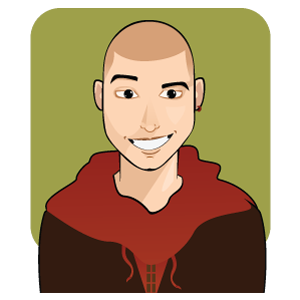